Tucked into the far northwest corner of Italy on the mountainous border with Switzerland and France, the Valle d’Aosta is Italy’s smallest region, both in population and wine production – about 1.2 million bottles a year.

This is the only French-speaking part of Italy; the wine names and bottle labels reflect the dual heritage and a unique culture dating back to the domination of the Franks in the 6th century. Winemaking here dates back to 400 BC. When the Romans founded the city of Aosta in 25 BC, they increased cultivation of the vine to have a central role in the economy.

These wines from “the roof of Italy” are little recognized outside the region as most are consumed locally. Known more for the skiing resort of Courmayeur at the foot of Mont Blanc, the area in fact boasts Europe’s highest vineyards. From the Po River Valley to the summit of the mountain, just 66 miles in distance, the land rises an astounding 15,000 ft and more than 60% of the territory is about 6900 ft above sea level. Typical of a cool continental climate, the summers are short, dry and hot with intense sunshine of the high mountains; winters are long, cold and snowy. The Alps block clouds and Mont Blanc creates a rain shadow, so precipitation is low and the area enjoys 2200 hours of sunshine per year.

The Dora Baltea River winds its way through the valley floor for 50 miles, with fertile soils too rich for the vine. The vineyards are planted on steep south-facing terraced slopes, ranging from 1000 to 3900 feet in altitude, the highest in Europe. This rugged landscape was formed in the last Ice Age, 2 million to 10,000 years ago. Soils on the valley floor are gravel, the slopes are shallow soils of limestone and schist, flaky rock layered with minerals. Vines grow frequently on pergolas, wood and stone trellises (photo below) in the higher elevations, as this training method protects the grapes from hailstorms and the stone pillars help conserve ground heat during the cold mountain nights. Cultivation and harvest are all done by hand, due to the steepness, the terraces and the pergolas. Not only are the heights challenging, but the extreme weather can bring devastating spring freezes or hailstorms. Growing grapes here is definitely an “heroic” endeavor!

There is a mix of about 25 grape varieties, 13 of them indigenous, with production including red, white, sparkling and dessert wines. The entire Valle d’Aosta is just a single wine zone (DOC), with various subzones. Despite the cold weather and alpine location, red grapes account for about 80% of the vineyard plantings. Reds tend to be fruity, sometimes spicy, light-to-medium bodied with bright acidity and firm tannins. The white wines are usually juicy, fruity and floral in aromas, with definite mineral characteristics. Pinot Grigio and Moscato are the main varieties for dessert wines while Prie Blanc accounts for the sparkling wine. 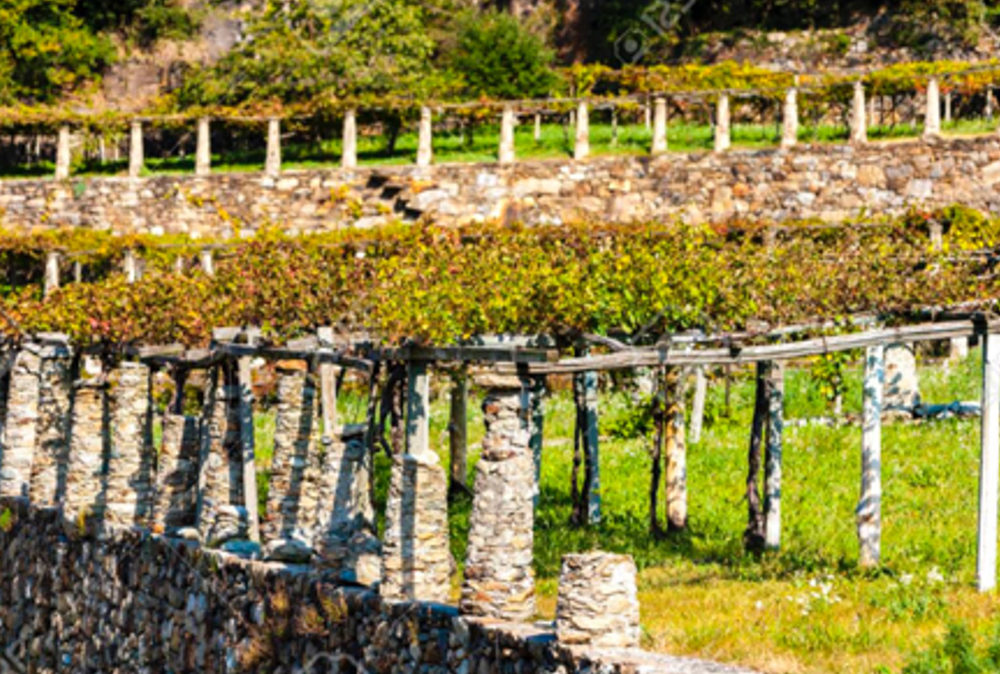 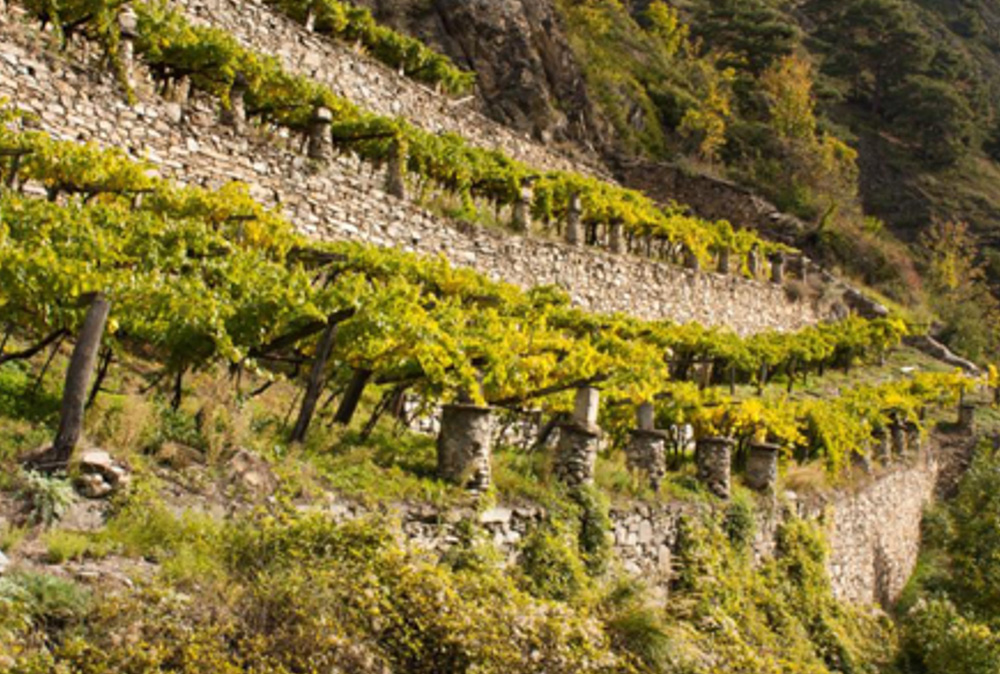 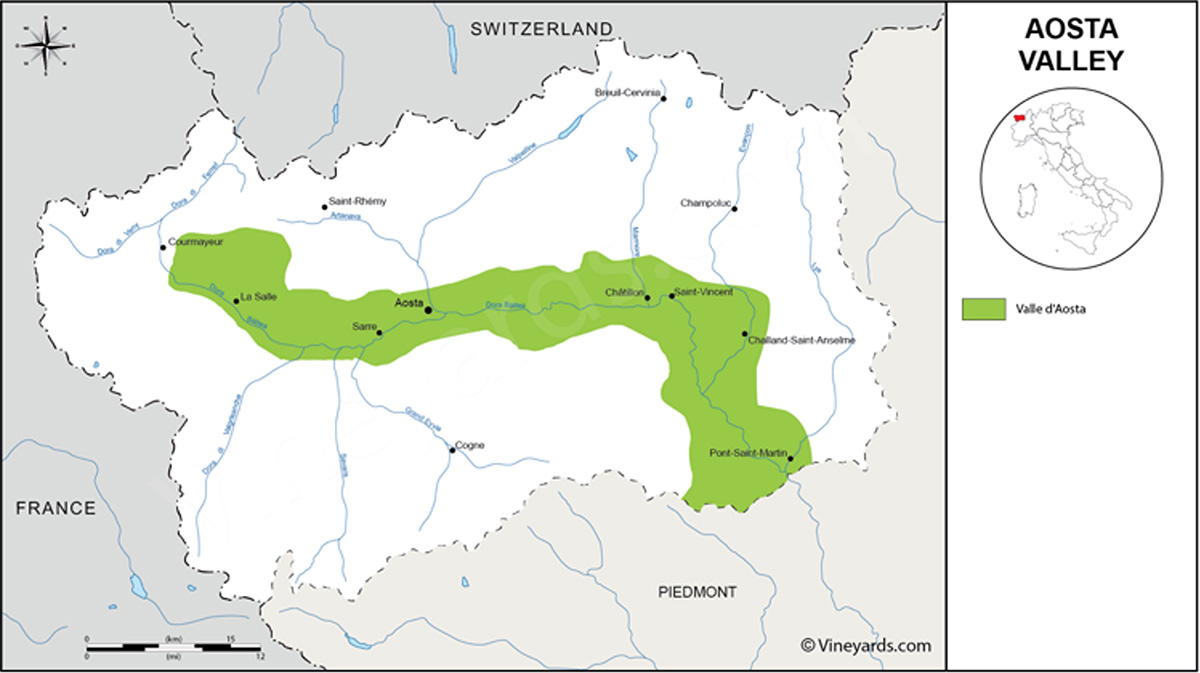 Map of the Valle d’Aosta by Vineyards.com

The valley is divided into three sections, with each having its particular varieties:

The Food of the Valle d’Aosta